Guides Trip to WFFC 2019 in Tasmania 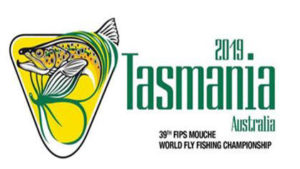 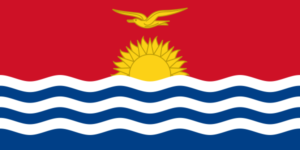 For those unfamiliar, CXI is an abbreviation that refers to Kiritimati (local language spelling for Christmas) Island. It is a small island with a population of 7000 and is located 4 hours flying time east of Fiji and approximately south of Honolulu just north of the equator. The UK and the US conducted atomic tests off the southern end of the island in the early 1950’s. The island is well known in fly fishing circles as the premier destination to sight cast to the numerous bonefish in the shallow, crystal clear waters of the extensive lagoon.

Finally, after a series of false starts, the decision has been made by the management of the Villages Lodge on CXI to field a team of 5 to participate in the World Flyfishing Championship to be held in Tasmania. The plan is to have the team arrive In the Tasmanian Central Highlands on the 15th November and undergo a period of training until the start of the competition on the 30th, participate in the competition until 8th December and return to CXI on 10 Dec 2019. Although they have never fished for trout previously, all the team members are competent fly casters and guides. There is no doubt they will acquit themselves well after undergoing the training that is planned

To enable participation, we have been fortunate that Malcolm Crosse organized permission to enter the team as a “wild card” entry even though Kiritimati is not a member of the FIPS Mouche controlling body. This will not only provide a huge experience for the team members but it will also provide an ideal platform to highlight the looming problems the low lying island faces if the predictions of global warming come to fruition. No doubt, the team will generate considerable media coverage if the 2012 Commonwealth Championship could be used as an indication. A lot of the things we take for granted, will be completely new to them. They have never seen rivers, mountains, cities high rise buildings cows, sheep and much more. One of the lasting comments that was made when a team visited to compete in the Commonwealth Championships in 2012 was made when leaving Launceston Airport on the way to the Central Highlands…..”look the land goes up to join the clouds”.

The team as it stands, pending receipt of medical certificates is Eketi (Team Captain), Beia, Toanikarawa (TK), Kirimento (Menty) and Taatoa. These medical checks have been deemed necessary to ensure that none of the team members have pre-existing conditions that will require ongoing treatment while they are in Australia.

This will not be a cheap exercise. The estimated cost of the trip is $40 – 45,000. Entry fees, airfares and transit accommodation alone will total out at about $25,000. Even though the Lodge has agreed to contribute considerable funds to assist with the trip, additional funds will be required for the procurement of such things as some casual wear, team uniforms, embroidery, cool weather gear, catering, transport and accommodation during the training period.

The team has been fortunate in gaining sponsorship for rods, waders, boots and vests which is a huge saving. The necessary reels and flylines for each of the members of the team have been purchased. Approximately $5000 has already been donated along with a quantity of flies. See the list of current sponsors in post –    https://learntoflyfish.net/team-sponsors-and-supporters

To enable these guys to make it to Australia, there is still a lot of work to be done not the least of which is raising some additional funds to assist with their trip. At this point in time there is a shortfall in funds of about $10 – 12,000.

I am sure many of us will have enjoyed the company of the guides and benefited from their expertise on the flats on CXI. To give them the opportunity to experience life outside of Christmas Island and fish for trout would be an experience they will talk about for years to come. This was the case for the five guys who attended the Commonwealth Championships where, all things considered, they acquitted themselves very well . It made such an impression that they still talk about the trip.

I am asking  all fishermen who have visited CXI and who are aware of the challenges of this small island in the middle of the Pacific to consider making a donation to the fund raising effort to help the team compete at the World Fly Fishing Championship.

If a lot of us just donated say $100-$200 each we could make this happen.  This amount is, in most cases, about equivalent to what would be spent on a night out at a restaurant here in Australia. No amount is too small and would be gratefully accepted and assist greatly.

A separate ANZ account has been set up to facilitate and distribute the monies. If you are interested in helping and can contribute, donations can be made as follows:

Phone Nial on 0417 426 282 for BSB details or send email to niall@learntoflyfish.net

All deposits will be receipted and a newsletter on the team’s progress will be sent out. Any forthcoming commitment to assist by way of a donation, needs to be completed by 30 September 2019. If, for some reason, the team does not make it to Australia then all monies will be refunded in full.

For Information on the Championship – https://www.wffc2019.com